Where hard work and determination can take you 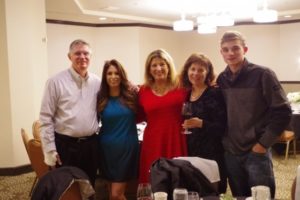 With more than 40 years of professional experience and no regrets, Lydia Clary has not left any rocks unturned. Her journey in the building industry has not been easy, but it’s certainly been rewarding.

Always a brave soul, the California native has never allowed fear to get in her way. Clary remembers, as a young girl, riding case tractors as her father sold farm equipment near Central Valley, Calif., which was high in agricultural commodities. Her father often used her courage to close a sale. “If my eight-year-old daughter can ride this tractor, so can you,” he said to many inquiring customers.

Clary’s professional career began in 1979 when she became a state wildland firefighter in California. During the off season, Clary remained busy working with construction crews on rehabilitation projects for state fire camps. After three years, she was promoted to crew supervisor and led a crew of 10–15 men and women.

Clary’s building industry journey began when her construction director asked her to rewire a wood shop. Initially, she did not have the skillset to complete the job, but Clary was determined to learn and ultimately taught herself using the “how-to” electrical manual provided by her director.

Her love for construction grew and in 1988 Clary made the decision to leave her job as a firefighter and attend Butte College in Oroville, Calif., to study building inspection technology. At the age of 30, Clary was more focused than ever and completed five certifications in nine months.

In 1989, after earning her certifications, Clary accepted a position as a plans checker/inspector for the city of El Segundo, Calif. Her most notable inspections in this role included the Chevron Oil Refinery, Mattel Toys and the Xerox Hughes Aero Space headquarters. During this time, Clary also attended the International Code Council’s (formerly the International Conference of Building Officals) Los Angeles Basin Chapter meetings where she was “impressed with the dynamics of the conversations about codes.”

Clary recalled being the only woman at the Los Angeles Basin Chapter meetings and said it was “a little intimidating.” However, with her background as a firefighter for the state, she was used to being the only woman. Clary’s advice for women who are interested in joining the industry is to “Know all the important information, but admit when you don’t. Never be afraid to ask questions.” She also advises every woman to “Be yourself, be confident and always be open to learning.”

In 1991, Clary accepted a plan checker position with the city of Santa Rosa, Calif. After six years, she became a building inspector. In addition to her regular duties, during her three-year tenure as a building inspector, Clary represented the building division on a team helping to create a city-wide disaster plan. This plan implemented guidelines set by the State Office of Emergency Services for Standardized Emergency Management (SEMS). 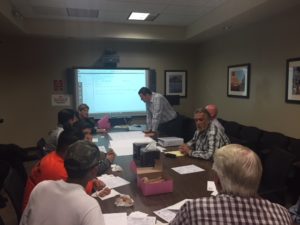 In 2000, Clary accepted the opportunity to work for the county of Merced, Calif. Only two years later, Clary was promoted to supervising inspector and became active in ICC’s Yosemite Chapter. By 2003, she was elected to the board of directors and in 2007 she proudly served as president of the Yosemite Chapter’s board.

“As you grow, it is your duty to allow people to mentor you and to mentor others,” said Clary. As a firm believer in mentorships, she credits her willingness to learn from others for allowing her the opportunities to branch out and grow within the industry.

Clary spent much of her career as a working single mother — not an easy feat by any measure. As a young boy, Clary’s son Wes admired her work ethic and passion, and was motivated to get involved. As a curious 13-year-old, Wes accompanied her to every ICC Annual Conference where he enjoyed helping out, networking and interacting with the officials he met. “I think he knew more people than me,” Clary said.

Clary feels that the relationships she’s built within the industry have been critical to her professional growth and development. In particular, her relationship with the director of the local chamber of commerce ultimately resulted in the creation of a 16-week course focused on building codes with an emphasis on obtaining certifications and employment for students entering the field. The program provided several students with the opportunity to work in building departments and consulting firms to learn about building inspection, plan checking, code enforcement and the work of permit technicians. Some students finished the program as certified residential building inspectors. Her experience with managing the program taught Clary the importance of working across the community with the chamber of commerce, Rotary Club and local service organizations. This collaboration increased the public’s awareness of the building safety profession and industry opportunities in Clary’s community.

In June 2017, Clary accepted the position of deputy director of community development building/safety for the city of Stockton, Calif. She plans to enable the city to achieve 100-percent electronic plan review, just as she did for Merced County. Clary is also focused on creating a strong workforce in Stockton in order for the city to continue its expansion. 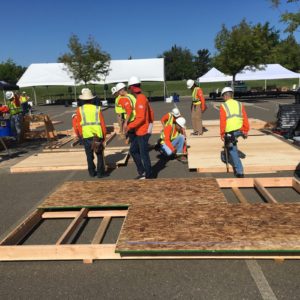 Clary continues to explore her passion for working with students and bringing in the new generation of building safety professionals. Her most recent contributions involve work with students in Lincoln High School’s Engineering and Construction Academy. Her long-time associate from Simpson Strong-Tie, Rick Reid, introduced her to the “Design Build” event, in which Lincoln High School participates, which increases student awareness of career opportunities and highlights the importance of construction and trades programs in high schools. Immediately, Clary felt compelled to get involved. As a part of the 2018 event program, 24 schools throughout California participated to build a 96-square-foot building with one electrical outlet. Because the building had an electrical unit, the students had to obtain a building permit, which taught students about permitting since many of the participants were headed into the construction workforce. The students had the opportunity to interact with city staff, including employees in the permitting, engineering, planning, plan check, inspection and fire divisions. 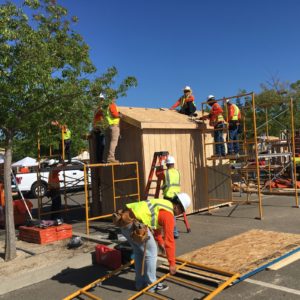 During the April 2018 “Design Build” event, participants noticed that the students were working off an outdated code edition. Clary contacted members of the Yosemite Chapter and asked if the chapter would donate a set of current codebooks to Lincoln High School. Ultimately, the chapter board voted to buy a new set of code books for the school, which were presented to the academy on Sept. 20, 2018.

Clary plans to continue working with students at Lincoln High School, create internship opportunities, and provide them with guidance and resources for getting involved in the building industry. Her son Wes, now 20, is working with Interwest Consulting Group as an intern inspector on a $2.3 billion expansion project for the University of California, Merced. Wes also is studying for his first certification.

Clary’s advocacy and involvement with students directly aligns with the Code Council’s Safety 2.0 initiative, which welcomes a new generation of members and leaders to the building safety profession. Under the Safety 2.0 umbrella, the High School Technical Training Program enables a technical school to integrate a technical educational program into its current construction trade curricula. The program includes the necessary course materials, exams and certifications to ensure easy implementation and students completing the program receive a nationally recognized certificate of achievement from ICC. 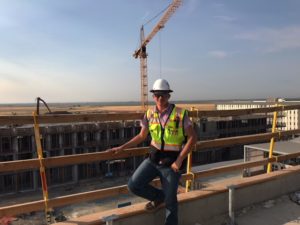 With 21 certifications, Clary is an excellent example of where hard work and determination can take you. “Within the building industry, there are so many areas that you can branch out into and so many opportunities that you can take advantage of,” Clary said. As a strong proponent of obtaining as many certifications as possible, Clary’s advice for anyone striving to work in the building safety industry is to, “Never narrow your expectations or limit yourself.”