From its founding on March 3, 1901, by an act of the United States Congress, the National Bureau of Standards carried out various studies involving building materials. When former U.S. President Herbert Hoover (1929 to 1933) became the U.S. Secretary of Commerce in 1921, he created the Division of Building and Housing at the National Bureau of Standards. The purpose of the new division was to further expand the bureau’s role in the building sector by engaging in the standardization of building materials and aiding in the revision of state and municipal codes. Through its role in applying science and engineering, the bureau created a better understanding of the use of steel and concrete as structural materials; the effects of weather on the deterioration of building materials; the heat and sound transmission properties of building materials; and safe plumbing practices, to name a few achievements.

Regarding plumbing, the bureau, through the Plumbing Subcommittee of the U.S. Department of Commerce’s Building Code Committee, conducted studies involving hydraulics and pneumatics of plumbing systems and fixtures. They were involved in investigations of backflow contaminations of potable water supplies after an outbreak of amoebic dysentery occurred at a Chicago hotel during the 1933 Chicago World’s Fair. It was during this time that Dr. Roy B. Hunter was researching the hydraulic loads on plumbing systems and methods for sizing water distribution systems, including the development of Hunter’s Curve.

Much has changed in how Americans use water since Dr. Hunter conducted research on behalf of the bureau (which became the National Institute of Standards and Technology or NIST in 1988). Today, we use more efficient plumbing fixtures and fixture fittings due to the enactment of the Energy Policy Act of 1992 (EPAct). Some states have adopted plumbing fixture and fixture fitting water consumption requirements based on the voluntary U.S. Environmental Protection Agency WaterSense Program that requires toilets, urinals, lavatories and showerheads to be at least 20 percent more efficient than EPAct. States like California, Hawaii, Oregon and Washington have gone even lower than the requirements outlined in the EPA WaterSense Program for plumbing fixtures and fixture fittings to account for water scarcity issues. We have also seen an increase in the amount of non-potable water used indoors for plumbing applications such as flushing toilets and urinals, maintaining trap seals in floor drains, and clothes washing.

A challenge that stems from these water conservation efforts throughout the country is that plumbing systems are sized based on the research conducted in the 1930s by the National Bureau of Standards. This means that the water piping in our homes and businesses is oversized, which can have implications for water quality and result in wasted water and energy as we wait for hot water to arrive at our faucets and showerheads. Furthermore, the use of non-potable water, or water reuse, does save potable water. Still, research is needed at the federal level to understand better what types of reused water can be used while maintaining public health and safety.

The federal government must take a leadership role now in addressing research and application needs in these areas. The National Institute of Standards and Technology for the Future Act of 2021 includes an amendment from Representative Paul Tonko (D-NY) that pertains to premise plumbing research. According to the National Research Council of the National Academies, “premise plumbing” is defined as “…that portion of the potable water distribution system associated with schools, hospitals, public and private housing, and other buildings. It is connected to the main distribution system via the service line.” 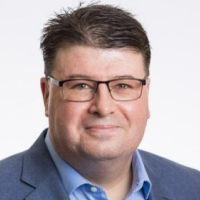 Matt Sigler is the executive director of PMG Resources at the International Code Council. He leads a team of subject matter experts and business managers from all parts of the Code Council family of solutions to advance strategic goals in support of manufacturers and stakeholders. Sigler is a well-known and highly respected technical expert in the industry with more than 25 years of experience in construction, codes and engineering. He most recently worked as the technical director for Plumbing Manufacturers International, the management trade association representing plumbing fixture and fitting manufacturers.