The 2018 International Mechanical Code (IMC) is now available and local governments across the United States have begun the process of adopting the latest version of the IMC to govern the design and installation of ventilation systems, exhaust systems, solar thermal systems and various other mechanical systems. As is common with the release of any new product, we are often asked the question, “What has changed?”

In Chapter 4 (Ventilation) you will find a few new additions that impact dwelling units. They are found in Section 403.3.2, addressing dwelling units in low-rise construction, and prescribe the design and operation of the dwelling ventilation system. As Section 401.2 requires dwelling units to be mechanically ventilated where their infiltration rate is tested and known to be less than 5 ACH50 (tight construction), the installation of whole-house ventilation systems is becoming more common. Typically, the occupants of a dwelling are not aware of the ventilation system or understand how it operates. Many times, the ventilation system is simply controlled by a wall switch, which is not distinguishable from any other wall switch. For this reason, Section 403.3.2.4 (System Controls) has been added. This section requires labeling of controls, with text or a symbol indicating the system’s function, for whole-house (dwelling) ventilation systems. With the proper labeling, occupants are less likely to turn these systems off, thereby increasing the rate of accumulation of harmful indoor pollutants without their knowledge.

What’s new in the 2018 IMC will continue with part two of the four-part series, which will look at the significant changes to Chapter 5 (Exhaust Systems). For additional information on the IMC, please view our 2018 International Mechanical Code; Significant Changes to the IPC, IMC and IFGC; and Complete Revision History to the 2018 I-Codes: Successful Changes and Public Comments. 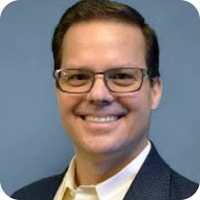 Jim Cika is director of Government Relations PMG Resources for the International Code Council. He has more than 20 years of experience in the manufacturing and construction industry. Most recently, he was the director of engineering and product management at HTP Comfort Solutions, a heating and hot water appliance manufacturing company. Earlier in his career, Cika was with Atlanta Gas Light Company where he gained extensive experience related to the performance and safety of gas appliances. He also has prior experience as a heating, ventilation and air conditioning design engineer.