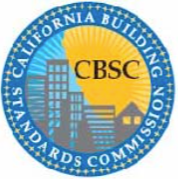 “California continues to lead the nation and the world in protecting the environment and fighting climate change,” said Governor Schwarzenegger. “I am proud that our efforts to reduce energy consumption and carbon output serve as an example for the rest of the nation and the world, and I applaud the International Code Council for recognizing that we must take action now to fight global warming.”

A committee of twenty-nine experts, including Dave Walls, the Executive Director of the California Building Standards Commission, will meet throughout 2009 to draft the International Green Construction Code which will be presented for public comment in the Spring of 2010 with publication for adoption in 2012.

ICC Chief Executive Officer Richard P. Weiland said, “California frequently leads the nation on innovation, and we expect that their Green Building Standards Code will provide a key resource as we develop the IGCC for national and international usage. The IGCC is an important new opportunity for state and local governments to adopt a regulatory framework that will assist everyone from architects and builders through the code officials who will need to enforce its provisions.”

The International Code Council published the California code earlier this year, and it went into effect on August 1, 2009. The ICC plans to conduct training in the state and provide exams for professional development around the California Green Building Standards Code.

“We know that jurisdictions like California are already utilizing their new state code to address the same concerns about ensuring green construction practices that will truly promote a sustainable work environment,” said Weiland.