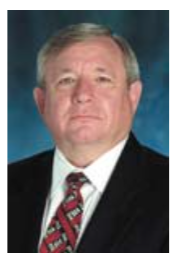 International Code Council Deputy Senior Vice President of Government Relations Jim Tidwell has announced he is retiring on May 15.

“My career with the Code Council has been extremely rewarding; the opportunities virtually endless.” Tidwell said. “My goal now is to incorporate more time with family and hobbies while promoting public safety in the code arena through a small consulting business.”

Tidwell began his tenure at the Code Council in 2003, and is credited with developing the association’s fire services programs, and then helping guide the transformation of the Government Relations function into a team of experts from multiple disciplines.

Code Council CEO Richard P. Weiland said “what is especially remarkable about Jim is his ability to reach across the different backgrounds that make up our membership. Thanks to Jim’s work, we are closer today to our vision of an effective, multi-disciplinary organization.”

“Public safety and fire prevention were always at the top of Jim’s agenda,” said Yerkes. “As a result the International Fire Code is now adopted in 42 states at the state or local level and in Washington, D.C.”

Code Council Board President Adolf Zubia, Fire Chief in Las Cruces, New Mexico, added “I will miss Jim’s input and leadership, but am pleased to know he will work with us on a smooth transition in the next few months so our colleagues in the fire service understand the Council’s commitment to them is not going to change.”

The Code Council will celebrate Tidwell’s accomplishments and wish him well in his retirement on May 5 in Washington, D.C., at its Capitol Hill Day Reception during Building Safety Week.