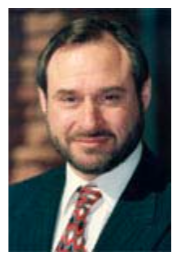 Ron Lynn, International Code Council Board President and Director of Development Services and the Building Official for Clark County (Nev.), was chosen by FIATECH as a recipient of its Superior Technical Achievement Award (STAR).

FIATECH is a consortium of industries and companies, including leading providers of engineering, design, and construction services, and a clearing house for breakthrough ideas. Each year individuals who provide critical support and valuable contributions to FIATECH that benefit the entire capital projects industry are honored with STAR awards.

Lynn, through his role as president of the International Code Council (ICC), was instrumental in helping FIATECH’s Streamlining Project achieve its goal to provide state and local governments with model regulations that allow a single plan review for replicable buildings. These types of buildings, including big box stores, hotel chains, homebuilders and Habitat for Humanity, are repetitively built across the nation with little to no variation in their structure, components or configuration.

According to Robert C. Wible, a FIATECH project manager, “Ron Lynn has brought to FIATECH, as one of its first Jurisdiction Members, his boundless enthusiasm, leadership and expertise. Ron has helped FIATECH consortium members understand the critical importance of professionalism in the building regulatory process.”

During 2009, Lynn helped build a bridge between FIATECH and the International Code Council through which the FIATECH Streamlining project was able to successfully develop and handoff to the ICC a draft document which has just been adopted as the ICC Replicable Buildings Guideline. This document will enable countless jurisdictions and companies to eliminate unnecessary repetitive plan reviews.