Number of MCPs continues to grow

The International Code Council’s Master Code Professional (MCP) designation is the highest level of ICC certification and is the “gold standard” for demonstrating proficiency in the code profession. Currently, there are more than 900 MCP professionals worldwide, and their achievements are a benefit to the code enforcement profession, as well as their communities. By becoming a Master Code Professional, the highest level of certification in the Code Council’s program, you can increase earnings and advance your career. The Council has certified thousands of individuals, but only a select number have attained this high-level of achievement.

“The Master Code Professional certification is the pinnacle of all ICC certifications, representing a level of effort, knowledge and dedication that elevates not only the individual achieving it but the code official profession as a whole,” said Code Council Chief Executive Officer Dominic Sims, CBO.

Learn more on how you can join this elite group and let us help you open the door to increased professional challenges and career advancement. Click here for an application to receive a Master Code Professional designation. 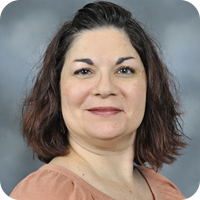 Michelle Porter, CAE, is the director of the ICC Assessment Center.