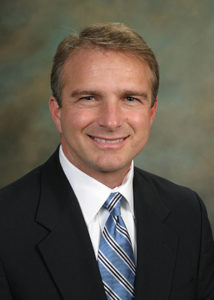 The National Institute of Building Sciences (NIBS) welcomed International Code Council Chief Executive Officer Dominic Sims, CBO, as one of its newest members on the NIBS board of directors. Since 2012, Sims has been responsible for the overall activities and financial performance of the Code Council, including its five subsidiaries. Prior to his work with the association, Sims served as the CEO of the Southern Building Code Congress International (SBCCI) and helped guide the consolidation of the three regional code entities that formed the International Code Council. Sims serves on the board of the Federal Alliance for Safe Homes and several other professional associations, and previously was the executive director of the Palm Beach County, Florida, Planning, Zoning and Building Department. Sims will serve a three-year term, representing standards organizations in the industry category.

“I want to thank the National Institute of Building Sciences for all of the vitally important work that they do, and for allowing me the opportunity to serve on their board,” said Sims. “All of us at the Code Council are very much looking forward to continued close engagement with NIBS.”

The Institute was established by the U.S. Congress in the Housing and Community Development Act of 1974 to bring the public and private sector together to advance the built environment. Under its enabling legislation, NIBS provides an annual report to the U.S. President and Congress outlining important issues before the building industry.

Sims joins presiding NIBS board members Scott A. McDonald, CPM, CBO, director of the Office of Development Services and chief building official for the city of Denton, Texas; and James “Tim” T. Ryan, CBO (retired), city of Overland Park, Kan. McDonald served on the ICC Building Official Membership Council Governing Committee and is the 2007 ICC Community Service Award recipient. Ryan served on the Code Council’s Board of Directors from 1999–2009, and has served on many ICC committees and has been an active participant in the code development process.

Former NIBS board members with ties to the Code Council include Cindy L. Davis, CBO, deputy director, Building and Fire Regulation Division at the Virginia Department of Housing and Community Development, who currently serves on the Code Council’s board of directors and was last year appointed treasurer of NIBS’ board, and former Code Council Board President Wally E. Bailey, director of development services for the city of Fort Smith, Ark.

Davis and McDonald named to NIBS 2018 executive team, board

The NIBS Nominations Committee recommended the slate of officers, returning board members and new members, which its board unanimously approved at its meeting in October 2018. The officers and members were seated following the Jan. 7, 2019, board meeting during Building Innovation 2019: The National Institute of Building Sciences Seventh Annual Conference & Expo, held Jan. 7–10, 2019, in Washington, D.C. The event focused on high-performance, resilient buildings and communities and brought together building and fire safety from across the industry to explore strategies aimed at Optimizing for Tomorrow. For the fourth year in a row, the International Code Council held a lead sponsorship role in the Building Innovation Conference series.

As a convener of the U.S. building industry — bringing together thought leaders, implementers and influencers — the Institute and the Code Council have collaborated on numerous projects throughout the decades to improve the safety and resilience of U.S. communities. A Sustaining Organization Member of the Institute, Code Council representatives are involved in a range of Institute councils and committees.

The National Institute of Building Sciences is a non-profit, non-governmental organization that brings together representatives of government, the professions, industry, labor and consumer interests to identify and resolve building process and facility performance problems. The Institute serves as an authoritative source of advice for both the private and public sectors with respect to the use of building science and technology.