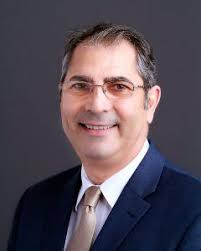 Mayor Eric Garcetti appointed Osama Younan as the general manager and superintendent of building to replace Frank Bush, who retired in March 2020. A 33-year veteran of the Los Angeles Department of Building and Safety (LADBS), Younan has served in a management capacity for the last 19 years and has been the LADBS executive officer since 2016, overseeing all bureaus and department operations with more than 1,000 employees. He is a California licensed professional engineer and a LEED Accredited Professional with the U.S. Green Building Council.

“I am very humbled and honored that Mayor Eric Garcetti has placed his confidence in me to lead the Department of Building and Safety,” Younan said. “I will do my absolute best to lead the department through these challenging times.”

Over the last three decades at LADBS, Younan has developed and implemented several award-winning programs, including the highly successful e-Permit (online permitting), ePlanLA (electronic filing and checking of plans), online plan check and permitting for solar photovoltaic systems, and online electric vehicle charger permit. These programs have greatly improved and streamlined services to homeowners, building owners and the construction industry.

Younan was a major contributor to the California Green Building Standards Code, which was the first state-mandated green building code in the nation. He subsequently led the development and adoption of the Los Angeles Green Building Code and created the LADBS Green Building Division. He has made the efficient delivery of LADBS services and the implementation of green initiatives a priority throughout his career. As the LADBS chief sustainability officer, he led the development and adoption of the city’s 2016 Water Conservation Ordinance, advocated for streamlining the permitting processes for greywater and solar photovoltaic installations, and worked very closely with the California Governor’s Office to develop the State of California Solar Permitting Guidebook.

Younan has also been involved in many global initiatives, including the Saudi Green Building Forum in March 2017 where he joined International Code Council Executive Vice President and Director of Business Development Mark Johnson and Executive Director of Sustainability Programs Dave Walls to present an overview of the International Green Construction Code, areas related to green code development, and implementation and enforcement efforts. He also presented at a training event held in Riyadh, Saudi Arabia, with Johnson and Walls to help enhance the Gulf region’s efforts in areas such as energy efficiency, water conservation, materials management, building safety and overall economic growth.

In 2017, Younan was recognized with the National Leadership in Sustainability and Energy Efficiency Award for his outstanding contributions to the growth and enhancement of codes and public policy espousing the principles of the ICC Sustainability Membership Council and the Institute for Market Transformation. The award honors states, cities, towns and individuals who go above and beyond to raise compliance with building energy codes — and by doing so, help unlock billions in savings and improve the efficiency of America’s new and existing buildings and homes using cost-effective, practical, and innovative strategies.

Younan also served on the International Accreditation Service Board of Directors — being appointed in October of 2018 — with a cross-section of members drawn from agencies and industry, including conformity assessment bodies, regulatory agencies, manufacturing sectors and user groups.