After an unprecedented hiatus last year due to the COVID-19 pandemic, the United Association’s (UA) annual Instructor Training Program returned this past August as a five-day virtual event. Trainers used the Zoom video teleconferencing platform to present more than 100 train-the-trainer courses for instructors of journeyworkers and apprentices in the plumbing, pipefitting, sprinkler fitting, welding and service technician trades. As always, the curriculum included the UA’s Plumbing Code Application course, which uses the International Code Council’s International Plumbing Code (IPC) to help instructors develop and teach plumbing code classes at their own locals. 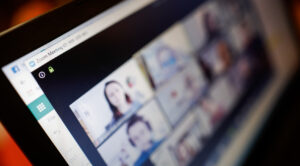 As in previous years, the UA’s 20-hour Plumbing Code Application course was divided into separate morning and afternoon tracks, though this year, each track was limited to 15 students instead of the usual 20. The course used copies of the 2018 and 2021 IPC donated by the Code Council as well as other national model plumbing codes to discuss requirements for topics such as fixtures, water heaters, water supply, drainage, venting, storm drains and gas pipes. The Code Council also donated copies of its International Mechanical, Fuel Gas, and Swimming Pool and Spa Codes to each course participant for them to use at their respective training centers.

Course participants learned about the history of plumbing code development; discussed software tools such as ExamView, PowerPoint, AutoCAD and BIM, as well as UA’s own Plumbing Code Application Manual DVD; and shared tips and techniques for creating effective assignments, tests and presentations in the classroom. The capstone assignment for the course was to present a 16-week lesson plan accompanied by roundtable discussions and critiques of the proposed plans.

“I was very happy with the way the class went,” said Jason Shank, the training director for Journeymen Plumbers Union Local 55 Cleveland, who taught the class for the first time this year. “It was different than teaching apprentices; everyone in the class was an instructor and they brought a lot of experience and knowledge to the table, which made the class discussions very interesting.”

Daniel Rademacher, program manager for the Viega Trades Education Network, a leading PMG industry press-fitting manufacturer of Viega, LLC in Broomfield, Colorado, and the lead instructor for the UA’s Plumbing Code Application course, agreed with Shank’s assessment. “We’re not there to teach the code section by section,” said Rademacher, who is Shank’s co-instructor and participated in this year’s virtual program. “We’re there to help instructors with methods, tips and tricks for teaching a code class. We’re really there to help them understand the dynamics of what’s most important [in model plumbing codes] and how to teach a class.”

“When they’re done with the class, they walk away with a plan and maybe some ideas they hadn’t thought about, and in turn maybe some of the ideas they shared gave someone else an idea for their class,” Shank said of the instructors who take the course.

UA’s training program is built for the future 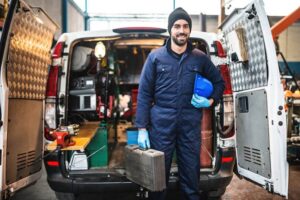 The UA’s 250 locals maintain their own training programs for the 355,000 tradespeople represented by the UA across the country, and the annual Instructor Training Program helps ensure consistency across the programs. Rademacher noted that some apprentice training programs may have only a single 40- or 80-hour code class that is taught to fourth- or fifth-year apprentices, so “we try to help instructors out as much as we can to develop a course that meets their particular needs. That’s why the copies of the plumbing, mechanical and fuel gas codes and other training materials provided by the International Code Council really make a difference,” he said.

One of the benefits of the UA’s emphasis on training at the local and national levels is that the locals have, by and large, been able to keep up a steady stream of newly trained tradespeople to offset the wave of retirements that have been steadily growing over the past decade. In the case of Local Union 55, the uptick in retirements was one of the catalysts for taking a look at how they trained apprentices.

“About 10 years ago, we underwent a big flux as Baby Boomers started retiring, and the way we addressed that was by bringing people along through the apprenticeship programs and the training programs,” Shank said. “At the same time, we were organizing more people, and that brought in people who had 20 years of experience putting in plumbing systems but who had never been taught about codes or math or drawing interpretation; they had been out in the field learning as they went along. So those of us in the Joint Apprenticeship Committee — the oversight team that each local maintains to run its training programs — took a look at that situation and said, ‘We need to offer these individuals all the training that our apprentices received.’ And now they are taking full advantage of the opportunities that we are making available to them.”

Shank sees the two approaches — organizing tradespeople and helping them to find careers and providing apprenticeship channels for professional development — as complementary. “The pipeline could always be better at a national level because we can always use more workers,” Shank explained. “But I think the UA has taken the right approach by developing a partnership model with organizations like ICC while increasing our efforts to organize and train people up to our standards to fill those gaps.”

Rademacher recalls how, when he was just starting out as a plumber in Montana in 1990, he had to wait two years before he could start his apprenticeship because there was just no work at the time. “Fast forward to today, and now we average 40 to 50 apprentices in our classes every year where we used to have five,” he said. “To me, it’s a sign not only of the state of the economy but also of the willingness and enthusiasm of young people who want to go into the trades.”

“You hear people complaining about how young kids don’t want to work, but we don’t find that at all,” Rademacher said. “I have been pleasantly surprised by their work ethic and how they are taking the trade seriously. Which is great for me, because I’m one of those old guys who wants to retire!” he added with a chuckle.

What the next generation of trades leadership looks like

Like the Code Council, UA locals are working hard to raise awareness among today’s younger workers that apprenticeships, local unions and technical training colleges offer paths to a rewarding and financially sustainable career outside of college. 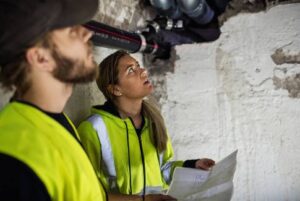 “There’s a whole generation of people who don’t know that these options are even available,” Shank said. “So there’s been a big push on all fronts to reach out to people to let them know this is a viable career option. And schools are starting to be more receptive to hearing about apprenticeships as a viable option for somebody to have a career too. I don’t think it’s exactly where it needs to be at the moment, but it’s definitely getting better.”

Shank and Rademacher estimate that at least three-quarters of the people they have seen entering UA’s training programs are brand new to the trades. “There’s a huge opportunity there,” Rademacher said.

Both men agreed that, thanks in part to technology, the leadership styles of the up-and-coming generation will differ from those of the older generation — and those changes will likely benefit the industry. Used to expressing themselves on social media and in videos and podcasts, the next generation of leaders wants to have a voice — and that means asking lots of questions, taking a more active role in their education, and seeking consensus rather than expecting to give and take orders.

“In my era, everything was a competition, everyone wanted to be a foreman,” Rademacher said. “The people coming in today aren’t as interested in doing that. It’s not that they’re passive, it’s more like they’re finding a new way to define what leadership looks like to them.”

That’s where programs like Safety 2.0, the Code Council’s signature initiative to welcome a new generation of members and leaders to the building safety profession, come into play. Safety 2.0 incorporates in-depth technical training with opportunities for emerging leaders to shadow Code Council board members, find experienced mentors, and participate in a dedicated Emerging Leaders Membership Council that will help them hone their skills and accelerate up the career ladder.

“The codebooks and other training materials that ICC has donated are now an integral part of the Plumbing Code Application course,” Rademacher added. “We can’t express our gratitude enough.”