Highlights of the Code Development Process — Group B

Hundreds of building safety professionals from across the U.S. and around the world gathered to learn, to network and to participate in the Public Comment Hearings to consider proposed changes to the Group B International Codes during the International Code Council Annual Conference, Public Comment Hearings and Expo held Oct. 23–30, in Las Vegas, Nev.

Here are some of the highlights from the 2019 code development process.

Highlights from the IBC–Structural Committee

The Code Council approved a comprehensive set of proposals, developed by the Tall Wood Ad Hoc Committee, to allow tall wood buildings as part of the 2021 International Building Code (IBC). The 2021 IBC will include three new construction types — Type IV-A, IV-B and IV-C — which allow the use of mass timber. These new types are an evolution of the previous heavy timber construction type (renamed Type IV-HT) with additional fire-resistance ratings and additional levels protection, which will include provisions to allow for up to 18 stories of Type IV-A construction for business and residential occupancies.

Highlights from the IRC–Building Committee

From IRC Chapter 4, R403.1.6–RB166 was Approved as Modified by Public Comments. The modification will allow wet setting of anchors in foundations. From Chapter 5, R507–RB184-RB193, the deck section was reworked. Revisions included consideration of snow loads, changes span and post height tables, and addition of guard requirements. From Chapter 7, R704–RB234, soffit requirements for a variety of materials are listed, including nailing patterns. From Chapter 8, R802.5.2; RB261, RB262, the rafter/ceiling joist heel joint connection table was updated. From Chapter 9, R905.4.4.1–RB279, metal roof shingle wind requirements are added.

ADM3-19 Part I: It was voted at the Public Comment Hearings to approve the addition of a new definition of CHANGE OF USE to the 2021 edition of the International Existing Building Code (IEBC) that further modified the proposal that was approved as modified by the Administrative Code Committee at the Committee Action Hearings.

ADM5-19 Part II: It was voted to approve the addition of a new definition of TOWNHOUSE UNIT in the 2021 edition of the IRC that was disapproved by the IRC-Building Code Committee at the Committee Action Hearings.

ADM43-19 Part II: It was voted to approve the addition of a new appendix to the 2021 edition of the IRC for the establishment of a BOARD OF APPEALS. This overturned the disapproval of the proposal by the IRC-Building Code Committee at the Committee Action Hearings.

ADM43-19 Part IV: It was voted to approve the addition of a new appendix to the 2021 edition of the IECC-R for the establishment of a BOARD OF APPEALS. This overturned the disapproval of the proposal by the IECC-Residential Code Committee at the Committee Action Hearings.

Highlights from the IEBC Committee

The movement towards consolidating provisions in the IEBC that apply to all compliance methods in a single location continue with the support of the committee action and PC2 to code change proposal EB40-19. This proposal moves all the provisions on smoke alarms and carbon monoxide detection to Chapter 3 to apply consistently to all compliance methods of the IEBC. In other words, smoke alarms and carbon monoxide alarms shall be provided and comply with the International Fire Code (IFC) regardless of the approach taken. The major action at the Public Comment Hearings was approval of Public Comment 2 that clarifies that this requirement is not applicable to level 1 alterations when applying the work area method. In the case of the performance method this would clarify that compliance with the IFC is required as noted in Section 1301.3.2 in addition to achieving a passing score for the building.

One of the bigger overarching debates was to what level IFC retroactive provisions should be duplicated within the IEBC. Generally, there has increasing discussion on how retroactive provisions within the IFC and the provisions of the IEBC relate to one another. Proposals EB39-19, EB61-19 and EB95-19 pull retroactive provisions from Chapter 11 of the IFC into the IEBC. These are very specific issues related to healthcare and in building two-way emergency communication coverage systems. The argument against the inclusion is based upon the approval of ADM8-19. This proposal as approved provides administrative language in Chapter 1 of the IEBC to pull in the requirements of Chapter 11 of the IFC as a whole. There were further concerns with specific duplicated language from Chapter 11 of the IFC in the IEBC that this could create confusion as to why some of the provisions are called out and not others. Ultimately, this debate ended in all three EB proposals being disapproved based upon the action on ADM8 and the discussion during the hearings. Note that all three proposals were initially approved by the IEBC Development Committee.

Highlights from the IECC–Commercial Committee

Increased efficiency can be expected from increased lighting efficacy and decreased lighting power density requirements (CE162, CE206 and CE208). New provisions for controlled receptacles were approved, requiring automatic controls for 50 percent of receptacles in enclosed offices, conference rooms, break rooms, copy rooms and classrooms; this is the first provision in the code addressing plug loads (CE216). Envelope leakage testing and verification requirements were extended to include buildings other than Group R and Group I occupancies with exceptions based on building size and climate zone (CE96, 97 and 99).

Structural and efficiency changes were made to Section C406, expanding the options provided and moving compliance via a flexible point-based structure (CE218, 226, and 240). New provisions in the code include new definitions for electric vehicles (EV) and requirements for EV-ready and EV-capable spaces (CE217 Parts I and II), and a hotly contested Commercial Zero Code renewable appendix was approved with the passage of CE264.

A proposal submitted by the Code Council Sustainability, Energy and High Performance Code Action Committee (SEHPCAC) clarifying the compliance paths through a simple naming of each path, consistent use of each name and clarifying the requirements for each path within the regulations of each path (CE41) was approved. Membership passed proposals redefining and expanding climate zones to include CZ0, approximately 200 counties were given warmer climate zone designations (CE36 Parts I and II), and a comprehensive proposal submitted by SEHPCAC addressing the use of terms “mandatory” and “prescriptive” and with the intention of improving clarity of application passed. The proposal developed tables of required (non-tradable) provisions for each compliance path, eliminating the use of the terms “mandatory” and “prescriptive” throughout the International Energy Conservation Code (IECC) CE42 Parts I and II.

Highlights from the IECC–Residential Committee

The Code Council governmental members approved increases in both efficiency and structure of the IECC residential provisions, in several cases overturning items that were narrowly disapproved at the Committee Action Hearings.

Increases in energy efficiency can be expected through increased lighting efficacy requirements (RE7), decreases in fenestration U-factors (RE35), duct tightness testing (RE112 and RE115) and an increased SHGC backstop (RE105). In addition, heat recovery ventilation/energy recovery ventilation requirements in northern climate zones 7 and 8 were approved (RE139), and controls for exterior lighting (RE149).

Finally, in addition to the structural changes common to both the commercial and residential provisions noted above, a proposal submitted by SEHPCAC clarifying the compliance paths through a simple naming of each path, consistent use of each name, and clarifying the requirements for each path (RE15) was approved.

Advocacy guidelines for the code hearings

The 2019 Group B Online Governmental Consensus Vote (OGCV) was conducted Nov. 19 through Dec. 6, 2019, and the preliminary results are available. These results contain only the preliminary action on the Group B changes. These results are not final as they are subject to certification by the Validation Committee and confirmation by the ICC Board of Directors in accordance with Section 10.1 of CP 28 Code Development. The 2019 Group B Final Action results, including vote tallies from both the Public Comment Hearing and OGCV, will be posted following certification in accordance with Section 10.4 of CP 28. 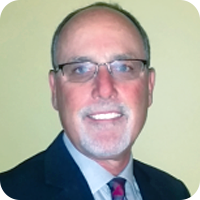 Mike Pfeiffer, P.E., is the senior vice president of ICC Technical Services. He oversees the Codes & Standards and Architectural & Engineering Services departments, which includes both the development and maintenance of the International Codes as well as ICC standards. He has been with the Code Council for more than 30 years, starting off with legacy organization Building Officials Code Administrators International. A registered professional engineer in the state of Kansas, Pfeiffer has masters’ degrees in civil engineering and business administration.