Why have a storm shelter?

The occurrence of severe weather events, such as tornadoes and hurricanes, are increasing. Four of the five costliest hurricanes to hit the U.S. – Harvey (2017), Maria (2017), Sandy (2012) and Ida (2021) – have happened in the last 10 years. Reports have shown that there is also an increase in tornado frequency. While tornado season is typically March through July, the 2021 Mayfield tornado outbreak reminds us that the dangers of tornadoes can be year-round. Occurring from December 10-11, 2021, this storm produced over 66 tornadoes over two days. This late-season outbreak killed 56 people and injured more than 500. During this outbreak, two major supercell thunderstorms produced multiple tornadoes more than 100 miles each. 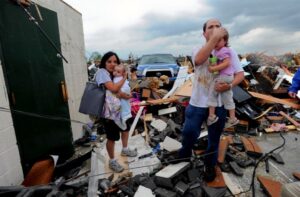 The severity of the hurricanes and tornadoes is determined differently. The Saffir-Simpson Hurricane Wind measures hurricanes into one of five categories according to their sustained wind speeds. This is used to estimates the anticipated damage typically associated with such storms. In general, each increase in Saffir-Simpson category translates into a fourfold jump in destructive capacity. The Enhanced Fujita Scale measures tornado intensity on a 0-5 scale based on damage using 28 damage indicators and 8 degrees of damage. Assessment occurs after the tornado. The winds indicated in the scale are estimates of what winds would cause the associated level of damage. In both scales, the higher the number, the worse the storm. Hurricane and tornado winds are all stronger than the wind loads buildings are typically designed for.

Where do these storms occur?

Hurricanes typically start in the Atlantic Ocean and can strike shorelines along the Gulf of Mexico and the East Coast. Typhoons form over the Pacific. ICC 500 Table 304.2(2) includes hurricane/typhoon wind speeds for the south and east coasts, U.S islands and Alaska. Hurricanes shelters may be part of state or county emergency plans, but they are not required by the building code.

Tornadoes can occur anywhere in North America. Tornado Alley is an area of the US where there is a high potential of tornado development – what is designated in this figure as the 250 mph zone. Tornado Alley covers part of 14 midwestern states – stretching from northern Texas to South Dakota.

While hurricane winds are sustained winds, the wind from a tornado can be stronger.

When are storm shelters required? 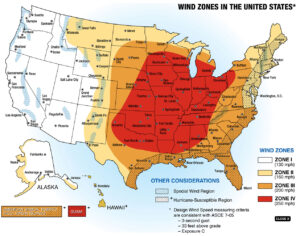 The International Building Code (IBC) requires schools and facilities that house critical emergency operations (911 call stations, emergency operation centers, and fire, rescue, ambulance and police stations) in the 250 mph zone to include storm shelters when they are constructed.

What type of shelters are there?

The definition of ‘design occupant capacity’ is “The number of occupants for which the storm shelter is designed.” The IBC includes requirements for the design occupant capacity (e.g. size) where tornado shelters are required. The intent is to design for the number of people that are typically in the space that the shelter is intended to serve – which is different from the occupant load of the building. For example, in a school, the occupant load would include all spaces fully occupied, but the cafeteria is not typically in use when the classes are in session. The IBC therefore asks for the shelter to be designed to accommodate the occupant load of the classrooms and offices (e.g. students and staff). The requirement to also meet the occupant load of the largest assembly space in the school has been deleted from the 2024 IBC. In the reason statement for the code change (G97-21 Approved as Modified), the reason was that assembly spaces in schools may be community spaces that have an occupant load much greater than the student body. Asking for the shelter to be sized for these spaces, which are fully occupied during a much smaller amount of time than the regular school hours, is unduly burdensome. An exception was also added, similar to the exception for determination of occupant load (IBC Section 1004.5) to allow for the code official to approve the actual number of students and staff in the school; since some states have mandatory class sizes that might be less than the occupant load for the classrooms.

For the first time, the 2024 IBC will also include requirements for determining the design occupant capacity for storm shelters in a critical emergency operations facility – basically looking at staffing – either using the actual occupant load or the occupant load of offices or number of beds (e.g. living quarters in fire stations). There are also requirements for shelters where additions are added to such facilities; and maximum travel distance to a remote shelter that might serve a group of buildings (1,000 ft. exterior door to shelter door).

How are the shelters constructed?

The IBC, IRC and IEBC reference the ICC 500 for the technical criteria – the ‘how to.’ The purpose is to establish minimum requirements relative to the design, installation, construction and inspection of storm shelters that will provide protection from tornadoes, hurricanes or other severe wind storms. Storm shelters can be separate buildings or within a host building. They can also be used for other purposes when not being utilized as a storm shelter. These provisions are not for shelters used for other emergencies, or after a storm event.

In the development of the 2020 ICC 500, the committee added an appendix for Storm Shelter Preparedness and Emergency Operations (SSPEOP). The intent is to provide guidance on documentation for information on the shelter itself, preparedness requirements and operations including pre-planning, practices, activation, operation during an event, deactivation and maintenance. This appendix is modeled on the guidance from FEMA for shelter operation.

For the Application and Administration provisions (ICC 500 Chapter 1), there is an extensive list for what information should be included in the building construction documents for a storm shelter. There is also a requirement that the information for the storm shelter be included in a single location so that it can be easily found and referenced. Specific requirements were added for the quality assurance plans, contractor’s and owner’s responsibilities, peer review, special inspections, listing and labeling of the shelter itself and impact protective systems and structural observations. There is also a new section on evaluation, maintenance, and repair of the shelter on an annual basis and after a storm event.

The committee worked hard on clarifying definitions (ICC 500 Chapter 2) for the Standard, consistent use of the defined terms throughout, and have italicized those definitions similar to the I-codes. There are also a list of the symbols and nomenclature used throughout the standard.

Throughout the standard the requirements are specific for if the shelter is designed to resist hurricane or tornado wind forces; and if the shelter will be used as a commercial shelter or residential shelter.

The Structural Design Criteria (ICC 500 Chapter 3) now includes the load combination for LRFD and Allowable stress design. Requirements for falling debris (previously called ‘collapse’) and laydown hazards have been clarified, and rollover hazards have been deleted.

The provision for Siting (ICC Chapter 4) includes additional criteria for siting the shelter related to the 100 and 500-year flood hazard areas and storm surge flood hazard area. The requirements differ based on which facilities the storm shelter will serve. It is important to note that these flood provisions for shelters may exceed the requirements for flood protection for the building itself. The criteria for not building storm shelters near facilities that use or store hazardous materials has been deleted as it is too restrictive and open for interpretation. This requirement could have been misinterpreted to not allow for storm shelters to serve these facilities. Protection for hazardous materials is more appropriately part of the safety protocol and the responsibility of the facility that has that material, not the storm shelter.

Chapter 5 addresses requirements for Occupant Density, Access, Accessibility, Egress and Signage. The new term ‘design occupant capacity’ is used to clarify the requirements for the size of the shelter. Concerns for access into the shelter, including accessibility for persons with disabilities, and secondary emergency egress after the event are more closely addressed. There are options for additional doors, openings similar to emergency escape and rescue openings or roof hatches with access via ladders, emergency stairs or alternating tread devices. Requirements for signage have been expanded to include directional signage to the shelter as well as signage inside and outside the shelter.

For the chapter on Fire Safety (ICC Chapter 6), there is clarification of what fire protection systems are intended to remain operational within the storm shelter, assuming that the host building may be destroyed during the event. Where the wall between the host building and the shelter has to have a fire-resistance rating was extensively discussed. If there is a fire outside of the shelter, the shelter will need to be evacuated. The provisions try to balance the temporary protection that this wall can provide to allow for an extended time to evacuate and the ability to have options to quickly evacuate away from the fire event (e.g. to the exterior of the building).

The anticipated time for occupants to stay in a hurricane shelter is 24 hours (often this is longer) and to stay in a tornado shelter it is 2 hours. This is taken into consideration for the alternatives for Essential Features and Accessories (ICC 500 Chapter 7). This includes options for permanent or temporary water closets and lavatories, such as chemical toilets and hand sanitizers. With these revisions the requirements for sanitation support systems (e.g. bladders, storage tanks) in hurricane shelters have been removed. Standby power and standby lighting options are specified. Hurricane shelters have additional requirements for drinking water to be provided and space for additional activities, such as preparing food and sleeping. 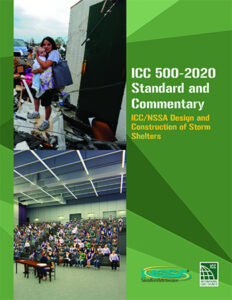 Test Methods for Impact and Pressure Testing (ICC 500 Chapter 8) now include options for rolling and sectional overhead doors. These types of doors are beneficial for large shelters where the large openings are used to allow for quick entry for a large number of occupants or to bring in large amounts of supplies when preparing a shelter for activation. Pressure testing requirements have been divided into specifics for static and cyclic pressure testing.

This article does not cover all the revisions made to the 2020 ICC 500. Committee members and interested parties split into several work groups and did extensive review on almost every section in the standard – taking into consideration lessons learned from past storms and new research. The hard work and support of all participants have resulted in a much-improved standard. Due to the new information becoming available on severe wind events (e.g. updated wind loads in the 2022 edition of ASCE 7), this committee decided to go on continuous maintenance for this standard – this means they will continue to develop the standard to address new ideas and technologies instead of reforming for each edition. For additional information on changes, history, and reasoning for the requirements for storm shelters can be found in the Commentary available for the ICC 500. Information will also be posted on the ICC 500 webpage at https://www.iccsafe.org/products-and-services/standards-development/is-stm/. 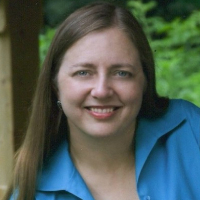