When Tela Gardner was a child, she dreamt of being a garbage truck driver. As a permit coordinator for the city of Kenmore, Washington, she may not have followed the truck-driving dreams of her youth, but she did find a career path that she loves.

“I don’t remember why I wanted to drive a garbage truck,” Gardner said. “I just remember that I had a little toy truck, and I thought it was the coolest thing. Maybe it was because I saw that they have important jobs, taking the garbage away and keeping houses clean.”

Later, Gardner decided she wanted to work in government. After graduating from high school in Montana, she left her home state and headed west to attend the University of Washington in Seattle, where she earned a bachelor’s degree in anthropology and Native American studies.

“A lot of folks with that degree don’t necessarily go into government, but I thought at one point maybe I would work in a museum or something along those lines,” she said.

Instead, her first role in the building safety and code enforcement industry was an internship for the city of Lake Forest Park, Washington, where she was responsible for scanning sewer records. A few months later, she found a position with the city of Kenmore as an intern doing data entry for a backlog of historical service requests. She moved on to a role as an administrative assistant for development services and then became a permit technician. She has had six different job titles since joining the city of Kenmore in December 2014.

“It’s been a really fun experience to work for the same jurisdiction for a while,” Gardner said. “I have knowledge that I don’t think someone would have right off the bat; just about how we do things or why something is done a certain way.”

Gardner is part of an eight-person department, with one employee in each division. As part of a small team, she believes in expanding her knowledge base and seeking out new learning opportunities so she can better support her colleagues and customers. If someone asks a question, even if it’s not tied directly to her role, she would prefer to find the answer rather than pass the customer off to someone else. The learning opportunities and personal interactions are what she loves most about being a permit coordinator.

“What I really enjoy about my job is that there is so much knowledge available and there are opportunities to learn and grow. I’ve never really felt that I’ve learned it all as long as I’ve worked here,” she said. “I also really like interacting with customers. My customers are homeowners, contractors and developers. I’m the only permit tech they can talk to, especially for homeowners, and I take that seriously. I have a lot of fun interactions with folks. I get Easter cards and Christmas cards. People are sweet.”

In addition to serving her community, Gardner has immersed herself in the industry. She is a Certified Permit Technician, a designation she earned through the International Code Council. She is the vice president of the Washington State Association of Permit Technicians (WSAPT) and a member of PermitTechNation. She is also part of the Code Council’s prestigious Board Shadow Program.

“At the WSAPT conference where I was sworn in, International Code Council Board Director David Spencer was talking about the Board Shadow Program with our past president. She saw me listening, and I perked up when he said something about needing a board shadow. I think that’s when the seed was planted. I don’t know if she talked to him about it after that, but he knew I was interested.”

Gardner became Spencer’s board shadow and attended the 2021 ICC Annual Conference in Pittsburgh, Pennsylvania. She thought she had some idea of what to expect after attending conferences for WSAPT and PermitTechNation, but the Code Council conference was a much larger event than she had anticipated. Spencer encouraged her to make the experience her own and attend the meetings and sessions that piqued her interest.

“My experience has been great, really positive,” she said. “Everyone was so welcoming of the board shadows and happy to have us there. It was especially cool to go to some of the board meetings or dinners that other folks don’t get to see. You kind of feel like a VIP.”

Gardner also appreciated the opportunity to attend the code hearings. While permit technicians may not have an opinion on what the codes should say, understanding where the changes come from and why helps her serve her customers. Experiencing the code hearings firsthand and hearing why people voted one way or the other was eye-opening. She said the conference was a whirlwind, but she left feeling even more passionate and excited about her career.

“All the people who made [the conference] happen, the ICC staff and the board members and the shadows, they are really awesome people. It’s amazing while working and trying to create my professional career to meet up with other folks who work in the same industry. Everyone there wants to see you succeed.”

Gardner wants to see others succeed, too. Her advice for anyone starting out in this industry, especially those who may be unsure of which path to pursue, is to take advantage of every available opportunity. That could mean presenting to city council, joining committees, volunteering for special projects, or other opportunities. Seeking new experiences can help industry newcomers define their professional careers and provide context for current and future roles.

While getting to know her fellow board shadows, Gardner found it interesting to hear the different paths everyone took to discover the careers they now love. She hopes more people will explore careers in the building safety and construction industries and thinks awareness is the first step to increasing interest.

“I think getting the message out about what our industry does would help because a lot of people just don’t know. We should also explain to folks that you don’t necessarily have to go to college. Or, if you do go to college, you can still find a career here.”

Gardner also wants people to know that permit technicians do more than [date] stamp plans. She is the administrator of her city’s permitting software. She also plans conferences for WSAPT where she and her colleagues provide training opportunities for permit technicians and encourage them to earn ICC certifications. She believes the role is evolving and she is helping pave the way for the permit techs of the future.

“I want to emphasize that permit techs can really hold a key role in your department, and groups like PermitTechNation or your state chapter can help you improve processes,” she said. “There were three permit techs in the Board Shadow Program this year, and I feel like it was huge that the ICC let us attend and understands [the importance of] our roles. Permit techs can do a lot, and I want people to know that.” 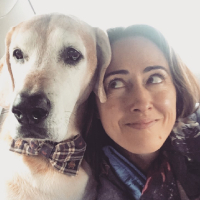