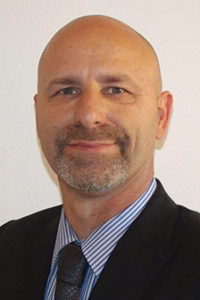 At the young age of 14, David Spencer started his career in the private sector working at his family’s construction company. His passion for the construction industry was evident, and he worked for the company into his early 30s. Being a part of a family-owned business, Spencer worked alongside his father and learned the importance of hard work and dedication.

Spencer’s first job as an inspector paved the way for him to obtain six ICC certifications, including his Building Code Specialist, Certified Building Official and Plans Examiner certifications.

For the past 11 years, Spencer has worked for four different municipalities throughout the state of Washington. He served in his state chapter as the Washington Association of Building Officials (WABO) Government Relations-Legislative Chair and has participated in the WABO Code Official Apprenticeship Program, the WABO Technical Code Development Committee and the Washington State Building Code Council Technical Advisory Groups for the 2015 International Residential Code and Washington State Energy Codes.

Not only active in his home state of Washington, Spencer has also been active in ICC Region II where he has served as Treasurer, Secretary, Vice President and President. Spencer has worked in the built environment in many capacities for over thirty years.

More recently, Spencer joined ICC’s Board of Directors. He plans to be an active member, and one of his top priorities is to bring greater awareness to the importance of ICC-ES and ICC-ES evaluation reports. “Code officials are important in community safety and economic growth,” he said. “It is one of my passions to continue the efforts to raise their profiles.”

Spencer lives by some simple but important principles.

“When you want to succeed as badly as you want to breathe, then you will be successful.” And, “It is always important to remember the individuals and mentors you have had along the way on the journeys to your successes.”