Anderson came to the Code Council with more than 23 years of experience working within the plumbing, mechanical and construction industry. He holds the following Plumbing Licenses with the Texas State Board of Plumbing Examiners: Journeymen, Master and Inspector with Medical Gas & Piping endorsement, as well as an “A” Refrigeration License with a Combination endorsement with the Texas Department of Licensing and Regulation. Anderson also holds several ICC plan review and inspection certifications in various disciplines, the highest of which is that of a Certified Building Official (CBO).

Prior to the Code Council, Anderson was the Chief Building Official for the City of Fort Collins, Colorado; Deputy Building Official for the City of Amarillo, Texas; Division Manager/Commercial Inspections, City of Austin Development Services Department; Residential Inspections Supervisor, City of Austin Development Services; and Chief Plumbing/Mechanical/Irrigation Inspector, City of Amarillo, Texas. Prior to his work with local government, Anderson was a Plumbing and Mechanical Contractor in Amarillo, Texas, for over 13 years. He can trace his plumbing background to his time serving in the 82nd Airborne Division, where he earned a Certification in Field Sanitation.

Anderson has a history of volunteering on associations, boards and commissions to further the education and implementation of life safety provisions. 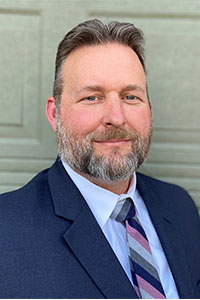