Kris Bridges is the Building Official for the city of Martinsville, Va. He is a Master Code Professional (MCP) that maximizes the safety and integrity of buildings by uncovering and recommending effective remediation strategies for overt and latent issues. 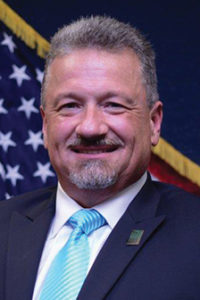 In 1995, he began his career as a Property Maintenance and Amusement Device Inspector for Danville, Va., gaining valuable experience in inspecting and ensuring compliance and maintenance of property and amusement devices.

After six years, Kris secured a position as a Combination Code Inspector in Martinsville, Va. In this position, he investigated and advised multiple stakeholders on building safety issues. As one of his many achievements, Bridges created and implemented work practices to help mitigate the economic downturn for the highest unemployment rate in Va. by enabling participation at state, regional and national levels.

Currently, Bridges is the Building Official and Zoning Administrator for the city of Martinsville, Va. He is a Master Code Professional (MCP) who maximizes the safety and integrity of buildings by uncovering and recommending effective remediation strategies for overt and latent issues.

As a new member of the ICC Board of Directors, Bridges looks forward to supporting the members and bringing brand recognition to ICC. He believes that the Code Council plays a significant role in building safety and hopes to promote the association’s reputation and the important job of the code official.

Bridges demonstrates his commitment to building safety through his participation as chair for several Code Council committees including the International Residential Code Committee and the International Swimming Pool and Spa Drafting Committee. Bridges previously served on the ICC Evaluation Service Board of Managers.

In his spare time, Bridges is active in Boy Scout Troop 326 and has served on the Disabilities Services Board and Mental Health Association Board. Grilling and cooking for family and friends is one of his many hobbies.